The permanent site for the school is at the bottom of Baldwins Lane in Croxley Green, opposite the parade of shops just before the viaduct. Its postcode is WD3 3LR. The map below indicates its position. 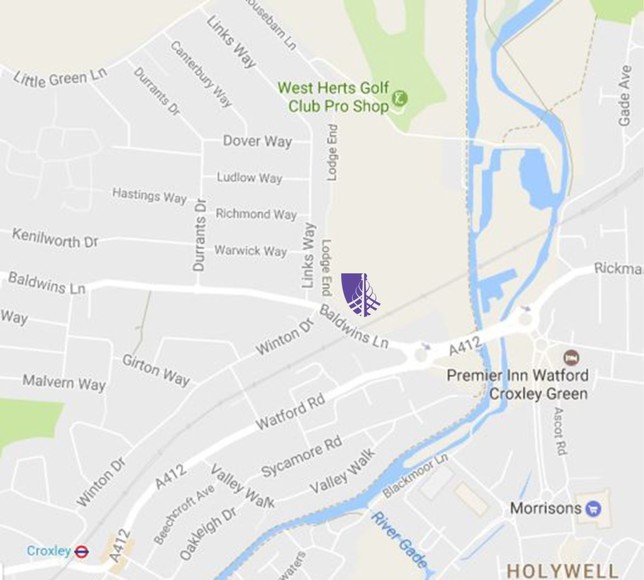 This site was allocated for educational use in November 2014 in the Three Rivers District Council's Site Allocation and Developments Plan. The land was secured for the school from Transport for London in October 2016 and the lease signed earlier this year.

During July/August 2017, the Education and Skills Funding Agency and representatives from the school met regularly with two potential contractors to draw up detailed plans for the permanent buildings and playing fields as well as the temporary accommodation which will house the school during 2018-19. The successful contractor, Kier, was announced at the end of September 2017 and a public exhibition of the plans was arranged locally in Baldwins Lane, Croxley Green.

Following this consultation, and once plans had been finalised, they were submitted to Three Rivers District Council in mid-October 2017.

Many thanks to all those who submitted comments in support of the plans. When it went to the final Planning Committee meeting on 25th January 2018, 153 comments in favour had been received and only 18 against and the Committee approved the plans.

Building work commenced in April 2018, the building was completed in July 2020, with staff and students occupying the building from the start of the autumn term 2020.